You are here: Home / Antibiotics / Kill Bacteria with Oil of Oregano 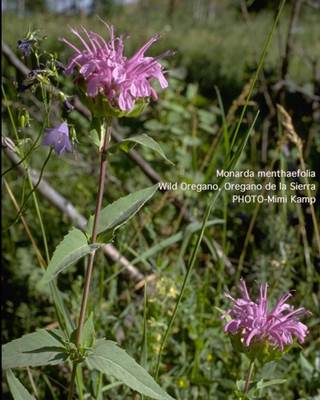 Oil of Oregano, or Oregano oil, derived from the “wild oregano” or Origanum vulgaris plant, is one of the most potent natural antibiotics on the market. This concentration should not be confused with the oregano in your cabinet, which is more than likely Origanum majorana, or common marjoram. Although they are related, wild oregano has a stronger flavor, a more penetrating aroma, and a higher naturally antibiotic potential, and the oil derived from wild oregano is much more effective.

Used by the Greeks for a Long Time

Oregano, along with its cousins Cretan marjoram, thyme, and rosemary, is native to the Mediterranean region. In the world of natural remedies, Oil of Oregano has quite a history. The Greeks have long been aware of its culinary powers, but they were also among the first to use it for antibacterial and antifungal purposes. Its most well-known use is as a digestive: simple oregano flowers from your garden, when put into boiling water and brewed into an infusion, can settle an upset digestive system in no time at all. Oregano oil is even more powerful: 2-3 drops of the oil can be mixed into a glass of water or juice to help soothe a sour stomach. (You should always dilute the oil; due to its potency, it can be somewhat irritating otherwise – more about this later.)

Added to capsules, oil of oregano will not break down in your stomach but will instead be delivered to the intestines; here, its antibacterial and antifungal qualities can be even more effective. Oil of oregano is also useful against overgrowth of the yeast candida, which can cause a variety of symptoms ranging from athlete’s foot to chronic fatigue. For keeping candida at bay, oil of oregano is beneficial in any diet.

Carvacrol in Oil of Oregano

So, what makes oil of oregano so potent? Well, it contains two key substances: carvacrol and thymol. Carvacrol is effective against inhibiting various strains of bacteria; in lab settings, carvacrol has been proven to be effective against a variety of bacteria, including E. coli and salmonella. When buying oil of oregano, in order to ensure maximum effects, it is advisable to check that the oil’s carvacrol concentration is between 62-85%, as many diluted versions of the oil are sold.

I already mentioned some of oil of oregano’s digestive benefits, but it is very effective as a topical ointment as well. You should always check the label and follow the directions particular to your oregano oil manufacturer, but usually you will be required to use only a small amount of the oil (2-3 drops). The oil then should be diluted into a carrier, for instance, a vegetable or olive oil, and applied directly onto itches, rashes, or skin infections for soothing and healing effect.

Side Effects of Oil of Oregano

Oil of oregano, like anything, can cause mild side effects such as headaches, resulting usually from the liver releasing dead toxins. However, the side effects can largely be avoided if the oregano is taken with a large glass of water (when used internally) or diluted with enough carrier oil (when used topically). As always, pregnant women should consult with a physician before taking oil of oregano. However, as a general rule, oil of oregano’s benefits far outweigh any potential side effects.