You are here: Home / Boost Immune System / Protect Yourself from Parasites 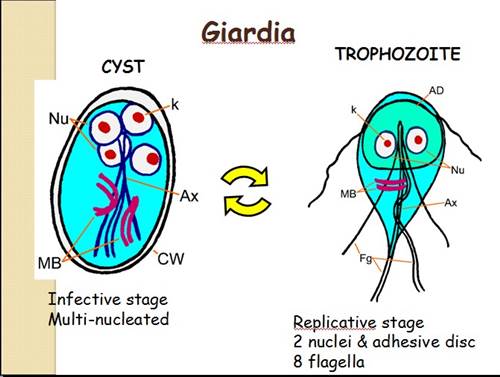 Every so often on the news, you must have heard of an E. Coli or Salmonella outbreak. But, have you also heard of names like Giardia and Cryptosporidium? These are a couple of dreaded parasites that can be waterborne or may be transmitted through contaminated food. Both of these tiny parasites live in the intestines of people and animals once they are infected.

With proper awareness and prevention, however, one can minimize the possibilities of getting these parasites in one’s system. Doing so will not only save you from the ill effects of these parasites, but also prevent them from spreading to other persons coming in contact with you.

Parasites in the US? They’re more Common than you may Think

Most Americans have little concern about contracting parasites. However, the idea that parasites are only something to be worried about if you travel overseas is not entirely true. Parasites are becoming a leading cause of food borne illness in the United States, for which there was no shortage of in recent years.

A number of parasitic protozoa are quite common in the United States, including Giardia lamblia, Cryptosporidium parvum, and Entamoeba histolytica, all of which are water-born organisms that can cause a host of digestive problems like nausea, diarrhea, stomach pain, and overall body weakness.

But Americans are not immune to parasites that are more commonly found in foreign countries, as workers travel overseas and handle the food and water we eat in mass quantities. Roundworms and hookworms, for instance, can enter the bloodstream when their eggs make their way into our food – often quite disgustingly, via feces contamination.

What can you do to protect yourself?

One point of good news comes from a recent study in Scotland showing that, although powerful, parasites are less likely to survive in hosts that have strong immune systems. That’s yet another reason to live as healthfully as possible.