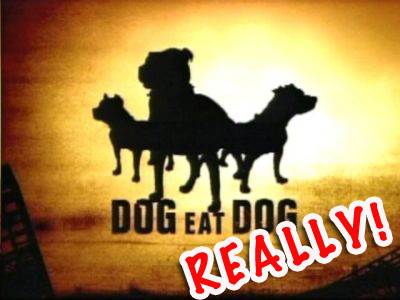 Yep, that’s right, one of the hidden ingredients in commercial pet foods is other pets. An article in Prevention magazine published over two decades ago disclosed the last resting place of the millions of animal carcasses at the city shelters – in our beloved friend’s dinner, a fact that shocked many.

The truth about pet food is terrifying, and not just a ploy by organic pet food companies to get you to switch. And yes, I realize how cheap the food is at the local grocery store as opposed to the healthy ones at the pet store, but after reading this article, you’ll never buy name brand again.

I fed my cat a veterinary recommended brand for years before he started getting sick every day. Soon, he couldn’t keep one meal down, and that’s when I learned about what the ingredients on the back really mean. Go ahead, flip that bag over and take a look.

Most generally you’ll see a meat by-product, like poultry or fish. What a by-product could be seems like an endless list from a middle ages witch’s brew, such as feathers, heads, feet, intestines, tails and blood.

Meal and Digest and By-Products in Pet Food Revealed

In fact, it could even be sawdust that has been soaked with blood on the slaughterhouse floor where meat of any kind has been processed. Some of these parts are called “digest,” meaning that a part of animal such as feet have been made soluble so that they can be put into pet food.

“Meal” is the pulverized parts of what is left after the by-products have been used, such as:

Everything gets in there!

This has resulted in many illnesses for our pets, such as cancers and food allergies, obesity, digestive issues, and urinary, heart and kidney diseases. Since the recent recall of commercial pet foods that had caused 17,000 sick animals and a 20% death rate, people have been looking for other options.

The truth is, our pets are not eating anything close to what their ancestors were, and labeling, just like in human foods, is inconsistent and confusing, with regulations letting too much slide by. Most pet food companies are motivated by profit, making $12 billion annually since 2006, and have little reason to change.

It is time to take responsibility for our pets, and treat them with the same compassion and loving courtesy they give us, by letting them eat clean, natural pet food. Do some research and find a better food company, one that actually lists their ingredients and not blanket terms that could mean too many things. PETA has an excellent list of humane, healthier choices that can be found in many local pet stores.