You are here: Home / Antioxidants / Tea As Medicine 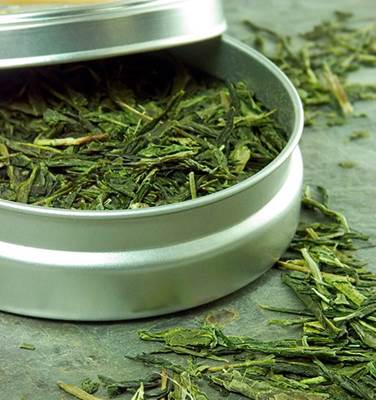 Tea is medicine for the new age, just as it was medicine for the ancient humans of ages long past. Tea is the type of medicine that integrates itself silently into your morning while you read your paper before work. It works to keep your body strong and safe in the afternoon as you struggle over some complex task. It stands unobtrusive guard in the evening, as you stare off into space after some flash of imagination or a line in a novel sends you spinning away into the ether.

In the last 50 years, we moved away from that type of medicine – the lifestyle elixir. We moved away from the old wives’ tale that survived for hundreds of years before the TV, the radio and the drug came and swept all that nonsense away. But old wives are hard to kill and there is something wrong with a round, white pill filled with adaptations of natural remedies, when the remedy still lives.

What changed during the past 50 years of technological breakthroughs is that we developed a need to be convinced. “Gramma told me so” doesn’t work anymore; we need a professional to tell us that something is good before we can cast aside all worries and truly believe that this or that herb is good for us.

Scientifically speaking, green tea and white tea are medically the most beneficial for two reasons:

I have written about this before and I believe it to be self-explanatory, really. Older leaves that have been through the grinder will not have the pure basic chemical composition that a younger leaf will have. If you want to use any herb as a medicine, the fresher the better.

The thing with tea or other natural remedies is that they are not isolated chemical compounds manufactured for a specific purpose. This is probably the main reason why agencies like the FDA have a hard time classifying or even confirming existing research about natural medicines. There are a lot of things happening when a cup of fresh green tea hits your body.

Tea is a Supplement, not a Cure

Tea is a living thing. So when web research turns up hundreds of health benefits, some minds get skeptical. Is this thing another hippie wonder drug? – they might ask. Is there a business motive behind all of this anti-cancer chatter? What is the truth? How can I rely on a website selling tea, telling me that the tea they sell will cure every illness I have ever imagined from halitosis to IBD to HIV?

The key to dispelling this confusion is to understand that tea is a complex plant brewed in hot water, not an isolated chemical distilled into pill form. As such, it has no curative purpose, per se. Tea, no matter what any website tells you or how emphatically they say it, does not cure anything. The Chinese also try their best to refrain from using the word “cure” when speaking of tea and its benefits.

All teas, regardless of the process or the age of the leaf, are made up of compounds that are active in our bodies. The most important ones are polyphenols and alkaloids. Polyphenols in tea are called catechins; there are six primary tea catechins, the most active and important being the one called epigallocatechin gallate (also known as EGCG). The major alkaloid is, of course, caffeine but also theobromine and theophylline. Polyphenols like EGCG are powerful antioxidants. Caffeine also acts as a stimulant and a diuretic.

A Scientific Look at Tea Benefits

So what does the science say? According to most scientists, antioxidants help the body fight off certain free radicals which are responsible for the breakdown and destruction of cells. When cells die, the body grows weaker. So, on a very basic molecular level, antioxidants such as the dynamic EGCG help stave off sickness. Therefore, when someone claims that green tea fights off cancer, what they are actually saying is that green tea helps protect cells from an early demise – an early demise which is the root cause of most cancers.

The interesting thing about EGCG is that it has been proven to have a few exciting tricks up its sleeve. Science Daily reports on EGCG’s help in fighting off sepsis. The University of Heidelberg reports on EGCG’s role in helping to prevent HIV infection.

Tea is not a Wonder Drug, but a Tonic

What we are seeing here is not a wonder drug at work killing off all sorts of diseases, but a tonic that helps the body at its most basic level through one or more of its more than 4000 different compounds. EGCG is just one of the most powerful of these compounds: an antioxidant slayer of free radicals more powerful than Vitamin C and much more versatile.

The full extent of EGCG’s abilities to help humans cope with disease, aging and breakdown is not yet known. In various trials with mice and rainbow trout, EGCG has been proven to help boost the immune system, attack and kill cancer cells in test tube trials, and stimulate metabolism.

A sober breakdown of what the science says can be found here at this University of Maryland site. The researchers responsible for this article also do something that most websites do not do: they reference their findings. Thank the Lord for University researchers. In this analysis, they confirm that green tea is good for you in many ways, but also stay away from any use of the words “cure” and “cancer” in the same paragraph.

In another sober analysis from AOL Health, tea is described as a great beverage with many helpful benefits, but not as a curative medicine. This quote in particular, is important for all tea drinkers to recognize:

” … it looks like green tea isn’t powerful enough to counteract a lifetime of poor food choices and too little exercise.”

There are other compounds in tea besides the catechins responsible for protecting the cells. One of my favorites is a tannin-alkaloid combo called L-theanine. It is the one that helps me write, do math, plan ahead, clean my house and basically get my mind around the life I am living. Theanine stimulates brain activity, but in a much calmer way than the caffeine found in a cup of coffee. This is what I call the tea high.

Although I am no doctor, I try to be a poet sometimes and I feel that this little alkaloid might help me on a molecular level, when I sit down and try and write something clear, original and beautiful. Again, tea is not a cure for fools. No matter how much I drink, I still find myself doing dumb stuff all the time! But tea helps.

There are also many vitamins present in tea, including C, C2, B1, B2, B15 as well as A, D, E and K. Green Tea has as much as 20x more vitamin C than lemon or orange juice along with C2, which helps the body accumulate, store and distribute vitamin C. The B vitamins are responsible for a host of activities in the body including all types of energy metabolism, production of neurotransmitters and with B15 (a vitamin every bit as controversial as the tea it resides within), a vitamin that is an anti-oxidant and perhaps a great many other things.

Vitamins A, D, E and K are liposoluble vitamins, which means they have to be absorbed through fat, not through water. Vitamin A is vital for bone growth and vision. Vitamin E is an epic antioxidant. Vitamin D helps distribute calcium to the bones. Vitamin K has an obscure function and is rarely deficient in humans, but hey.

In order to take advantage of these vitamins in green tea, one should consider a salad with some oil and vinegar and a sprinkling of tea leaves, perhaps. Which brings me to the end of this essay and to the theme of next week’s:

Stuff that goes well with Tea.