You are here: Home / Anemia / The Natural Cure for Anemia (or Impotence…) May Lie in the Carao Tree 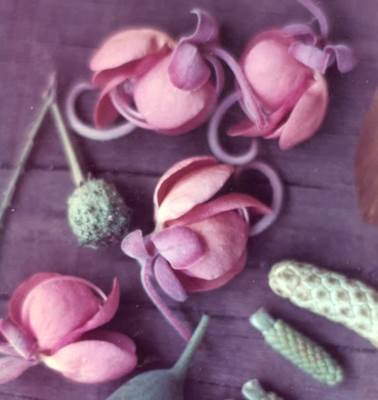 Anemia is a condition of the blood that arises when you have less than normal red blood cells in your blood — when you have insufficient amounts of hemoglobin, the essential protein that carries oxygen from your lungs throughout your entire body. With anemia, oxygen cannot properly travel to all the different parts of your body. Over 3 million Americans suffer from anemia, with women having a greater risk than men. Here are some natural ways to improves levels of hemoglobin.

If you are suffering from anemia, you are probably already aware of the many reasons such as low vitamin B12 levels and large losses of blood that can cause your hemoglobin levels to drop. Normal levels of hemoglobin are: 14-18 gm/dl for adult males and 12 – 16 gm/dl for adult females.

Carao (sometimes know as Bukut), native to the tropical rain forest, has been reputed to be a strong natural remedy for anemia. Carao can help offset your iron deficiency.

“It’s known as Casia Grandis and has been an effective natural remedy for anemia. But it also has an interesting side effect in many men. It spurs spontaneous erections! Could this be due to a lowering of SHBG? At this point, it would only be speculative to say. One would think that something that cured anemia would be high in iron but tests on Carao extract reveal almost no iron. This one is a big question mark. It could be nothing more than the impoverished people were anemic before taking it and once cured, felt completely revitalized, yet among athletes who have tried it, the consensus is that it definitely improves endurance and sex drive.”
– Iron Magazine 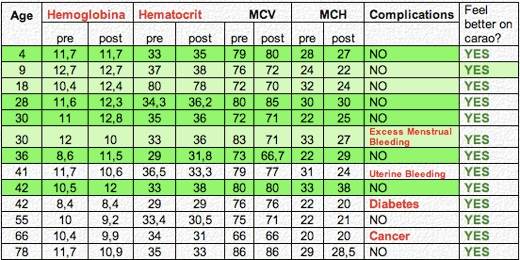 Dr. Luis Carmona’s “Carao for Anemia Study” observed 20 patients, male and female, for a duration of 2 months. 65% of the patients returned for post-carao blood testing after taking carao extract during the study. Below is a chart of what the study revealed:

… The amount of iron [in carao] is very low, and besides, vegetable iron is poorly absorbed, and in this group of 13 people it helped 8 patients, this brings us to form the hypothesis that there is a factor in carao that favors the absorption of iron and its metabolism in the bone marrow.
Dr. Luis Carmona

Scientific studies carried out in Nicaragua and Honduras have shown carao to have generated hemoglobin and red blood cells during a 3 year study. Along with it’s anemic fighting properties, it has been shown to increase energy (sexual and physical) and strengthen endurance / appetite.

Carao definitely seems worthy of investigation for anyone suffering from anemia — and perhaps men looking to get a boner — and anyone researching alternative methods or have come to a roadblock in search of a cure for anemia.