You are here: Home / Conditions / A Healthcare Crisis That Can be Solved: OBESITY 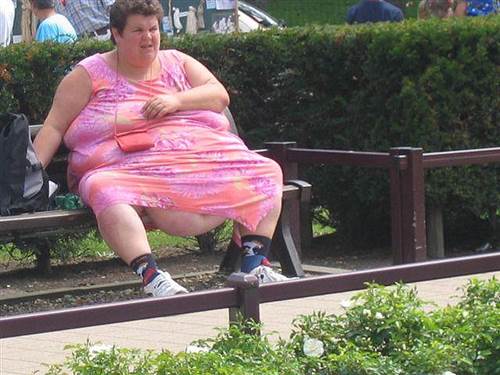 In the midst of news reports on the likelihood that U.S. healthcare spending will double by the year 2017, an alarming statement by legal and health experts was made at an international conference. The experts resolved that instead of focusing on terrorism, world governments need to start paying closer attention to the many “lifestyle diseases” that kill people on a far more regular basis than terrorism, many of which are sprung from obesity.

While this assertion may not sound very newsworthy, the truth is that very few people even think of obesity as a threat that can contend with terrorism or other health conditions that garner larger awareness campaigns, such as cancer. Furthermore, awareness campaigns for conditions that are indeed related to obesity – diabetes, heart disease, and stroke being just a few examples — often do not focus on this aspect of the disease as thoroughly as experts are now recommending

Obesity is on the Rise — Wakeup!

Next time you go to your local shopping mall, take a surreptitious look at the people around you. You’ll be surprised, if not shocked, to see the number of people who need to lose some weight on an urgent basis.

The fact of the matter is, obesity and its related conditions cause approximately 1,000 deaths in the U.S. everyday, and the number of people afflicted with the condition continues to grow – the rate of obesity within the U.S. population today has increased by a staggering 75% in the last 20 years. And while the number of people dying from cancer each day is certainly not a small one (approximately 1500), there is one major distinction: obesity is entirely preventable. It’s hard not to wonder, why aren’t we as fervent in our efforts to raise funding and awareness when the condition is well within our reach to prevent?

Spreading Awareness of Obesity is a Must

With this in mind, experts are calling for national efforts to not only spread awareness about the dangers of obesity, but also to integrate preventative medicine into the lives of Americans, starting at an early age. The American College of Preventive Medicine (ACPM) suggests that a closer focus on dietary patterns – which should ideally represent approximately 55% carbohydrate calories, 25% fat calories, and 20% protein calories – and a stronger emphasis by physicians on getting the right ratio of nutrition, rather than following fad diets, is one key element that can help break the pattern of obesity in the U.S.

Medical treatment for obese people cost the U.S. $92.6 billion in 2002. With the ever-increasing number of individuals who fall into this category, it’s no wonder that healthcare costs are projected to soar in the next few years. There’s no doubt in my mind that until local and national governments, as well as individual physicians and patients themselves start taking responsibility for this epidemic, people will continue to die, live in poor physical health and pay  a heavy price because of it.