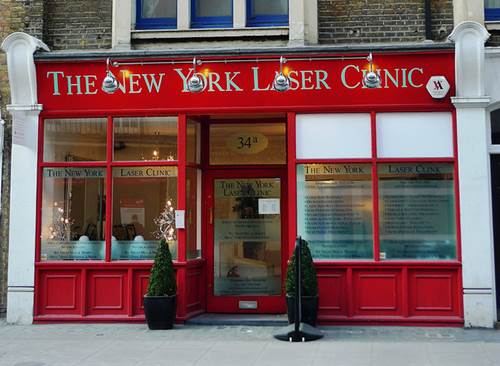 The U.S. economy may be sputtering, Wall Street may be falling down and the price of gas may be high, but the current rough sledding in the overall financial health of the country appears to be having only a minor effect on the rate at which consumers are seeking cosmetic procedures from dermatologists and other cosmetic medicine physicians. In its most recent ASDS (American Society for Dermatologic Surgery) member survey, 63% of respondents reported a consistent volume of procedure appointments among their existing patients.

American Laser Centers, the largest provider of laser hair removal and other noninvasive aesthetic services in the US, announced the results of a Zoomerang hair removal survey that found that on average, women spend more than $10,000 on hair removal products and services over the course of their lifetime. Survey respondents reported they will spend more than 58.4 days removing hair from their bodies during their lifetime. The survey also revealed that women remove unwanted body hair for an average period of 53.6 years using methods including shaving, waxing and depilatory creams.

So how do the different methods add up? While women report a small monthly spend on shaving, $15.87 per month, the lifetime investment for females who shave adds up to $10,207. Laser hair removal for men is now more ubiquitous than ever, as well — especially for things like laser back hair removal.

There’s been a lot of talk about laser hair removal lately. Although laser hair removal usually lasts longer than what you might see from shaving and depilatory creams, it’s not a permanent solution. It is said to be “long-lasting”, but even that isn’t guaranteed. Laser hair removal works when hairs are in their growth stage. Since hairs grow differently, several visits are required to catch all the hairs in this optimum stage. Each one of these visits can average $500 or more, depending upon the area of skin you want to treat, making laser hair removal an extremely expensive alternative.

What are the alternatives then?

Shaving is perhaps the most common method of removing unwanted hair. Shaving is an inexpensive and relatively painless method for temporary hair removal. Hair is shaved off at skin-level using a razor and soap or shaving cream. Generally it is an accident free procedure except for occasional nicks and cuts. It is also easy to perform and is pain free.

The downside to shaving is that it doesn’t last very long. Hair that is shaved typically grows back quickly, sometimes in 24 hours or less. Shaving can also cause “razor burn” – an itchy and sometimes painful rash.

Most commonly used for eyebrows, plucking is a quick and inexpensive way to remove stray strands of hair. Each hair is grasped with tweezers and then plucked from the skin. Hair that is plucked takes longer to grow back than hair that is shaved. But plucking can be painful and can obviously be a tedious process, making it appropriate only on very small areas where you find a stray hair or two.

Similar to plucking, waxing can be a fairly painful form of hair removal since it pulls the hair out at the root. Hot or cold wax is layered over the hair directly onto the skin and then covered with a thin strip of gauze-like material. The hair and wax are pressed onto the gauze and then ripped away, taking the wax and much of the hair with it.

Waxing is a suitable hair removal method for larger areas such as the legs and back as well as more delicate areas like the bikini line and a woman’s upper lip. Hair that has been removed with wax takes longer to grow back and usually comes in lighter and finer than before, but waxing can be painful, especially in more tender areas and can cause minor irritation and swelling.

This is a more permanent method of hair removal. Electrolysis injects low electrical currents directly into the hair follicle through a needle. This method of hair removal is often painful and can cause minor scarring. The process can take hours, especially on larger areas and frequently requires more than one visit.

Electrolysis is also one of the most expensive methods of hair removal and can cost several thousands of dollars depending upon the number of treatments needed. When professionally performed, electrolysis results are comparable to those of laser hair removal, and may offer even more permanent results for people who are otherwise not a candidate for laser hair removal (i.e. people with extremely dark skin, or someone who has red, blonde or gray hair). Electrolysis requires a great amount of skill and it is recommended that you turn to a trained and licensed Electrologist.

There are three basic methods for electrolysis: Galvanic, Thermolysis, and Blend. All three offer similar results and involve a thin metal probe being inserted directly into the skin to the hair follicle. Success often depends more on the skill of the electrologist than it does on the equipment or technique being used.

At the bare minimum, if electrolysis is performed improperly, you can expect partial or full hair re-growth. Poorly performed electrolysis can cause lasting skin damage and can also spread infections. Most side effects of electrolysis are mild but can include redness, swelling, blisters, scabs, dryness, and ingrown hairs. Redness and swelling should dissipate in a few days. Scabs could be a sign of healing, but severe scabbing could lead to pigmentation changes and permanent scarring.

Side Effects of Waxing at Home often include pain, irritation, redness, and swelling, and can lead to bruising, ingrown hairs, and broken skin.

We wanted to make sure we addressed sugaring as an alternative to waxing. Also known as “sugar waxing” or “Parisian waxing,” sugaring has been utilized for centuries. Perhaps the most popular sugaring product on the market today is Nad’s. Made from all natural ingredients including honey, sugar, lemon juice, and molasses, Nad’s is water soluble, allowing the user to easily wipe it off with warm water. It is also said to be less painful than standard waxing because wax attaches to the skin and sugar wax does not.

Depilatories offer almost every user smooth, hair free skin for up to 3-5 days. These hair removal products actually melt the hair through chemical ingredients such as sodium, calcium, titanium dioxide, and calcium thioglycolate. Some popular brands include:

Side Effects of Depilatories include their particularly strong smell which some find unpleasant, as well as the stinging/burning sensation they cause, which can be rather irritating to the skin.