You are here: Home / Conditions / Can Multiple Sclerosis Be Aggravated By Sleep Deprivation? 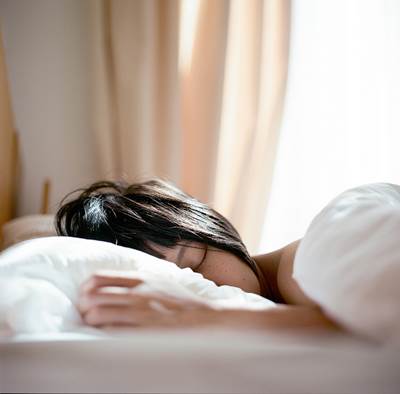 Most people already know that getting a good night’s rest is one of the keys to staying healthy. A group of researchers at University of Wisconsin-Madison have found that there is another benefit that can be reaped from getting a good night’s rest. The scientists found that sleep can increase the number of oligodendrocytes in the body. Oligodendrocytes are a group of cells that repair the brain. The scientists’ findings were recently published in the Journal Of Neuroscience.

Multiple Sclerosis is an Autoimmune Disease

Oligodendrocytes are one type of support cells that are found inside of the brain. They produce myelin, which is a substance that coats the wiring connecting neurons together. Myelin also speeds up the rate at which neurons can send messages back and forth to each other.

Oligodendrocytes start producing more myelin after the brain is injured. This helps restore regular neurotransmission and restores the brain. Multiple Sclerosis is an autoimmune disease that kills oligodendrocytes and destroys myelin. That is why the effects of this condition are so devastating. Multiple Sclerosis, or MS, can cause hardened scars to develop in the brain. MS typically develops in patients who are in between the ages of 20 and 40. MS patients’ symptoms usually include chronic back pain, muscle spasms and concentration difficulties.

The exact causes of MS are not known. However, doctors have found that this condition is more common in certain groups of people. Women are more likely to develop MS than men. People who have a parent with this condition have a one to three percent chance of developing it themselves. The general population has a one percent risk of developing this condition.

Cirelli’s team performed the study on mice. The study found that oligodendrocytes help create more myelin in the brains of mice. The researchers found that the genes responsible for creating myelin were more active in mice that got adequate amounts of sleep. The study also showed that sleep deprivation can trigger the activity of genes that cause cell death.

According to the researchers in the study, chronic sleep deprivation can worsen the symptoms of MS. Mehdi Tafti is a sleep researcher at the University of Lausanne in Switzerland. He stated that the findings of this study show that sleep can help repair the brain. A lack of sleep can potentially damage the brain. Dr. Tafti was not involved in the study.

Sandra Brown is a blogger for MS Living Symptom Free, a MS health site that provides diet and exercise tips.  She enjoys blogging about multiple sclerosis and how to live a symptom free life.