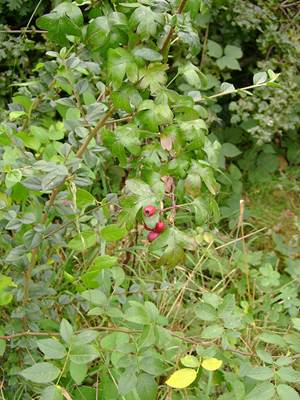 Hawthorne (Crataegus) trees are named for their thorny hedged brush and produce a tart, red berry – similar in appearance to the crab apple – that has been used in folk medicine as a heart tonic since the Middle Ages. The tree, which can grow up to five feet in height, is native to the Mediterranean, but is common in Northern America, Western Asia, and Europe.

Hawthorne is rich in bioflavonoids, which relax and dilate the arteries, making it one of the most widely researched herbal treatments for cardiac ailments such as congestive heart failure. There have been positive findings published in several medical journals, including a clinical review in the American Journal of Health-System Pharmacy.

The cardiovascular effects are believed to be the result of positive inotropic activity, ability to increase the integrity of the blood vessel wall and improve coronary blood flow, and positive effects on oxygen utilization. Flavonoids are postulated to account for these effects. Hawthorne has shown promise in the treatment of New York Heart Association (NYHA) functional class II congestive heart failure (CHF) in both uncontrolled and controlled clinical trials.

The extract essentially creates stronger heart contractions and stabilizes beating. In the early onset of congestive heart failure, Hawthorne can be an effective treatment before a prescribed medication becomes necessary.

Hawthorn herb may help in lowering cholesterol levels, according to recent studies performed on animals. It is believed to enhance the body’s ability to breakdown cholesterol as well as reduce its production. Although a similar study involving humans also produced this cholesterol lowering effect, there is still not enough evidence to make that claim absolutely valid. Further research is likely to bring forth more complete data on the same.

I myself have suffered from hypertension and arrhythmia for many years. I have been treated with a variety of prescription blood pressure medications. As of now I am on a medication called Amlodopine/Benazapril which is a combination ace inhibitor and calcium channel blocker. I have been taking 1050 mgs of Hawthorn Berry Extract for over a year now. It does help improve my blood pressure readings more significantly then just taking my prescription medication alone.

For the recommended daily dose of Hawthorne, use two or three capsules of products standardized to contain either 4 to 20 mg flavonoids/30 to 160 mg oligomeric procyanidins, or 1.8 vitexin rhamnoside/10 procyanidins. The side-effects of Hawthorne are minor and found on a case by case basis. Those side effects can include rash, nausea, dizziness, fatigue and increased perspiration.