You are here: Home / Allergy / Is Gluten-Free the Way to Be? 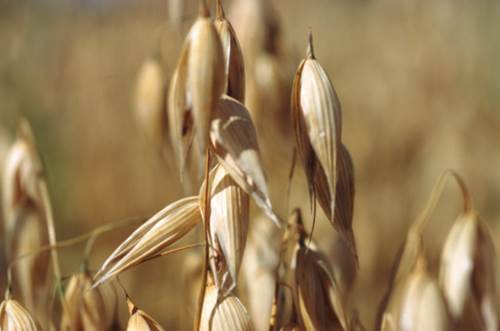 Over the past few months, I’ve noticed an influx of companies starting to develop food products geared towards those with gluten intolerance, which comes from a gastrointestinal condition called Celiac disease. Gluten is a natural protein that exists in grains such as wheat, barley, oats and rye. Celiac disease brings about many symptoms related to stomach upset, and can also cause a large number of other immune responses after the individual consumes gluten, including fatigue, mood changes, rashes, and eventual weight loss.

The Uprise of Celiac Disease

This got me wondering whether the condition is actually becoming more prominent. Sure enough, a number of health reports have shown that more and more people are developing Celiac disease – it is now predicted that one in every 133 Americans suffers from this condition! In July of 2006, the National Institutes of Health launched a campaign to raise awareness about the condition in response to the growing number of cases, stating that it affects “nearly 1 percent of the U.S. population”. So why is this happening? Research suggests that there are several possibilities.

Why is Celiac Disease on the Rise?

First, because Celiac disease is an autoimmune issue, its symptoms are very similar to a number of other conditions, which can delay or prevent people from being properly diagnosed. It is also frequently misdiagnosed as irritable bowel syndrome (IBS) or lactose intolerance. This may have lead to inaccurate statistics about the number of individuals who were suffering from Celiac in years passed.

Though Celiac disease does have strong genetic factors, science shows that environmental factors also play a significant role. For instance, children who were not breastfed as babies have a higher risk of developing the disease due to the large amounts of gluten found in infant formulas.

More importantly, overall, Western diets have much higher amounts of gluten in their food products than other parts of the world. Most breads, pastas, and packaged goods use wheat flour as a main ingredient, despite the fact that a variety of gluten-free options are available. This is also being implicated as an issue for individuals with other gastrointestinal issues (which are highly prominent in the U.S.) as well as neurological conditions, like autism. Many are finding that a gluten-free diet is beneficial in treating these ailments, though it can be difficult to do so with limited options.

This does not stand to say that gluten and wheat products cannot be part of a healthy diet. Most American doctors will not recommend a gluten-free diet to individuals without Celiac disease, though there’s certainly no harm in balancing gluten-free foods with those that do contain the protein that’s stirring up trouble for a growing number of Americans.

Gluten-Free Girl: How I Found the Food That Loves Me Back…And How You Can Too

“Give yourself a treat! Gluten-Free Girl offers delectable tips on dining and living with zest–gluten-free. This is a story for anyone who is interested in changing his or her life from the inside out!” –Alice Bast, executive director National Foundation for Celiac Awareness

“Shauna’s food, the ignition of healthy with delicious, explodes with flavor—proof positive that people who choose to eat gluten-free can do it with passion, perfection, and power.” –John La Puma, MD, New York Times bestselling co-author of The RealAge Diet and Cooking the RealAge Way