You are here: Home / Marijuana / Is Marijuana A “Drug” or Simply a Plant 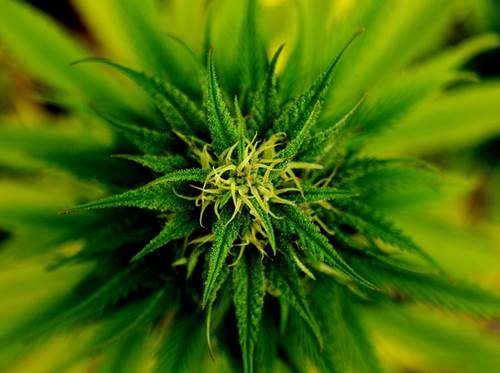 Nothing has polarized people more in recent times than the debate on either legalizing Marijuana or keeping it banned as a harmful substance. I have observed three ‘kinds’ of people putting forth their arguments in favor of or against its use.

The first kind is those who find nothing wrong in the use of Marijuana and passionately cite a number of reasons to make it completely legal and openly available. The second kind is the ‘conservative’ lobby or the governments who would like to keep it as a banned substance. The third are those who have to consume it not necessarily by choice, but for medical reasons – to alleviate pain that other medications fail to do.

However, lost in all this din is the question whether Marijuana a ‘drug’ or a simple plant.

I was reading an article by Virginia Hughes, written for the National Geographic, where she aptly described most people like you and me as “the average Joe (who) is much more likely to make jokes about weed than fret about its potential harms”. However, she says that her perspective changed towards it as one of alarm when she found, during her research, about the radical “brain and behavioral problems” associated with it. She cites studies that suggest that the use of Marijuana, while claimed to be a harmless recreation, is actually a gateway to more sinister drugs. (Weed: A Gateway Drug Across Generations? by Virginia Hughes – National Geographic)

Dr. Lawrence Wilson, MD, is more concerned about what he calls the ‘Hybrid Marijuana’ that is made by “breeding new marijuana hybrid plants with higher levels of THC and other toxic and addictive chemicals in it. This is resulting in a much stronger and much more addictive marijuana plant, even though it may look, smell and taste similar to older plants.”

Is it a plant?

As most people already know, Marijuana is described by many names like ‘weed’, ‘pot’, ‘hash’, ‘grass’ or ‘cannabis’. It is derived from the plant called ‘Cannabis Sativa’ and contains the chemical THC (delta-9-tetrahydrocannabinol).

There is even a story, in an illustrated children’s book about marijuana, by Ricardo Cortés – It’s Just a Plant. The story is about the journey of a young girl where she learns about the marijuana plant and its uses from different people like her parents, a farmer, a doctor and a police officer. While explaining why such a delicate topic has been printed to target young children, the writer says that “It’s Just a Plant encourages parents to explore the topic and children’s questions about it, all the while reminding them that trying “pot” is an experience for responsible adults”.

With each passing year, the crowds at the 4/20 rallies seem to be increasing. These people vehemently assert that smoking marijuana is totally harmless to one’s health as well as to society. (For the uninitiated, 4/20 gatherings are groups of people who gather on April 20 each year in a prominent spot in their respective cities and smoke marijuana as a group to show solidarity with each other.)

Recently, these groups have had reason to celebrate, in parts of United States, as many states have permitted ‘recreational’ use of marijuana. The movement is gaining strength in countries like Canada too, where even the young leader of the Federal Liberal Party, Justin Trudeau, is not averse to decriminalization of marijuana. However, the ruling Conservative Party and the incumbent Prime Minister of Canada, Stephen Harper, are having none of it – at least for now.

What kind of impact these changes will have on the general populace – on a health as well as social level – can only be conclusively reviewed a few years in the future. Even the 4/20 crowd will agree that hindsight is 20/20!

Medicinal Use of Marijuana

Despite all the heated discussion for and against the subject, one thing that may not be overlooked is that marijuana has provided relief to a number of people in extreme medical distress. From time to time, we read or hear interviews with people, having some rare medical disorders, getting relief after marijuana being prescribed by their physicians.

For those who still might not be in favor of medical marijuana, CNN’s Dr. Sanjay Gupta’s recent confession “Why I changed my mind on weed” should come as food for thought. Dr. Gupta explains how, during the process of making a documentary titled “Weed”, he became aware of the medical benefits of marijuana – something he had opposed in the past.

Actually, we’ll have to wait for some time more to reach a definitive conclusion about whether to accept or reject marijuana as drug or a simple plant or as a ‘normal’ substance, to be used at leisure by grown up adults. Meanwhile the war of weeds…oops…words, continues…