You are here: Home / Antioxidants / Kale: Powerful Protection Against Cancer and Blindness 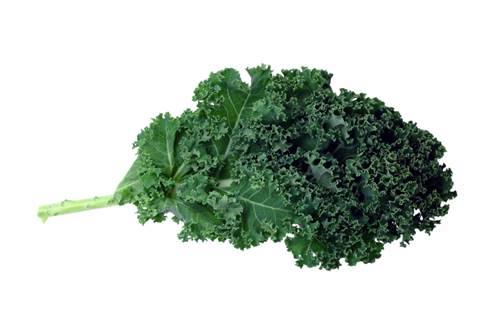 David wrote about this wonder vegetable for his green vegetable series, but I wanted to add my voice and tell you a little bit more about some of kale’s even more awesome health benefits. Kale, the nutritious, dark-green member of the Brassica family, is one of the best values in the vegetable world in terms of nutrition-calorie ratio.

One cup of these beautiful scalloped leaves will only set you back less than fifty calories, but it packs a powerful nutritional punch of vitamins A, C, and K as well as manganese, dietary fiber, and the important antioxidant beta carotene. (Beta carotene also protects your eyes against harmful UV light.) For a green, kale also happens to contain a significant percentage of protein. Its great nutritional value alone should make kale a staple in everyone’s diet, and the bulk it creates from its fiber keeps you feeling full for longer.

A Staple in ‘Ancient’ Diet

Why do we hardly hear about this wonderfood? Kale used to be a staple in the ancient diet. It’s a direct descendant of wild cabbage, and came to Europe by way of the Celtics. It’s a mainstay in many traditional Irish dishes. But somewhere along the line, it was forgotten, and it’s only making its way into our daily diets now, because of its awesome nutritional power.

But there’s more: kale also contains sulforaphane, a powerful phytochemical that has antimicrobial, anticancer, and antidiabetic properties. Sulforaphane is thought to lower the risk of several cancers, including breast cancer. The sulforaphane comes in the form of glucosinolates, which are then released from the kale when the plant is damaged (IE when you bite into it or shred it). This release of sulforaphane in turn prompts the liver to begin producing enzymes that fight cancer (particularly breast and lung cancer).

Naturally, because of its high fiber content, kale is a great dietary addition to the fight against intestinal and colon cancer as well. It’s truly a delicious and beneficial way to protect yourself against some of the most common (and deadly!) ailments that exist to ail us today.

Good Food to Add to a Detox Diet

Other members of the Brassica family, such as broccoli and collard greens, have this cancer-preventing benefit as well, but kale is one of the heartiest and best sources. And in addition, the phytochemical is an antibacterial, having been shown to inhibit the growth of the invasive gastrointestinal bacterium Heliobacter pylori. This also makes it a good food to add to a detox diet, whether you’re juicing or not.

If you’re a smoker (which you should reconsider anyway!) or if you’re frequently exposed to secondhand smoke, your ability to absorb vitamin A may be compromised. Foods like kale will help to supplement the healthy amount of this all-important vitamin and may keep you out of the way of dangerous lung cancer in the future.

Kale is truly a superfood that deserves more attention than it gets. The best way to consume it is to eat it raw (in salads etc) or lightly steamed (this keeps the nutrients available). But it’s also delicious lightly sauteed with garlic, onions, and olive oil – which also have their own nutritional benefits. Enjoy kale in a variety of foods this week and beyond. You will be glad you did.