You are here: Home / DIET / Mad Cow Disease: Another Compelling Reason NOT to Eat BEEF 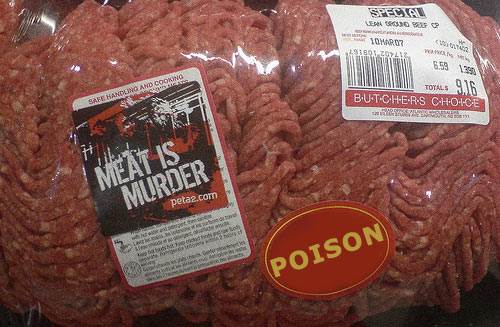 Ever since I have started writing for this website against meat, I have received both bouquets and brickbats. I can quite understand people’s reluctance to change their current way of life. But, I will continue my campaign against meat in any form, especially eating beef. Here is another compelling reason why you should not eat beef.

From 1995 through mid August 2006, the world watched in horror as this disease began to manifest. A total of 195 human cases of vCJD were reported worldwide, 162 in the UK, 20 in France, 4 in Ireland, 2 in the United States (US), and 1 each in Canada, Italy, Japan, the Netherlands, Portugal, Saudi Arabia, and Spain. Seven of the non-UK case-patients were most likely exposed to the BSE agent in the UK because of their having resided there during a key exposure period of the UK population to the BSE agent. 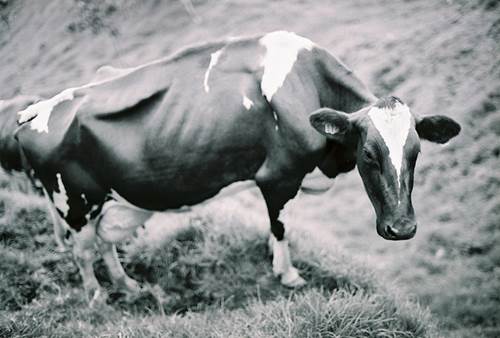 What are the symptoms of this disease:

The outcome is usually very poor and most patients die within 6 to 7 months. The cause of death is usually infection, heart failure, or respiratory failure.

How is disease caused?

The causes of variant and classical forms of CJD seem to be different. Variant CJD is associated with eating meat from cows infected with BSE.

Scientists suggest that British cows have been infected with BSE because they had been fed with remains of sheep. Sheep suffer from a neurological disease called scrapie. It is believed that infected cows had brain damage because of special proteins called as Prions, which was transmitted from the sheep.

Prions are proteins, which are said to be the main culprit in causing vCJD. A prion is folded differently from the normal protein. It also has the ability to make normal proteins that touch it fold the same abnormal way, leading to a domino effect causing abnormal protein folding that spreads from one protein to protein beside it. This is a completely new form of disease, caused by a protein that’s not alive but is capable of transforming the proteins around it.

Since 1996, governments all over the world have tightened regulations on meat products and there have been stringent testing. vCJD is a totally preventable disease and is related to our food habits.

When we flout nature’s laws we must remember that: Nature has no compassion. Nature accepts no excuses and the only punishment it knows is death.
Eric Hoffer, Reflections on the Human Condition