You are here: Home / Ancient Herbs / Make Room for Mushrooms, The Elixir of Life 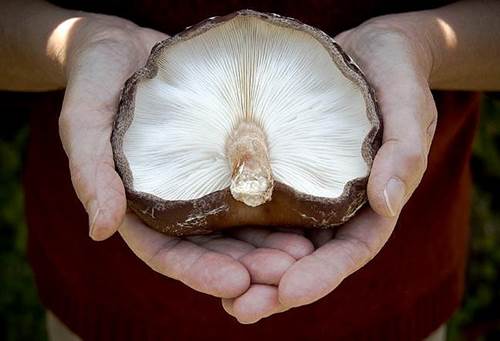 “The Elixir of Life” and the “King of Herbs,” the mushroom holds it own in the world of medicine and healing. A fungus native to the region of Japan, used for over 2000 years, mushrooms have been used to flavor foods and provide excellent sources of amino acids, proteins, and iron.

What Makes Mushrooms so Powerful

The family of B Vitamins are essential for optimal health, needed for over 100 enzymes that carry our protein metabolism and helping our red blood cells to function properly.

“The B vitamins work together to boost metabolism, enhance the immune system and nervous system, keep the skin and muscles healthy, encourage cell growth and division, and other benefits to your body…”

Dating back from ancient Chinese and Japanese times, the mushroom has been used as a dried herb to treat respiratory ailments, circulatory and liver disease. Shitake mushrooms in particular have been shown to have tumor-inhibiting properties, making it a powerhouse against cancer. And for all you vegans out there, shitake ‘shrooms provide a solid — non animal — source of vitamin D. Talking of ‘non-animal’ food, Shitake mushrooms provide you with a great ‘meaty’ flavour and texture and may easily be substituted for meat dishes.

Shitake mushrooms are among the most popular variety consumed in the world, especially in the East. The best thing about them is that they may be consumed in a raw, cooked or even in a dried form. However, like most other natural foods, eating them raw results in the greatest number of health benefits followed by their dried form that are still rich in minerals and vitamins. And like many other foods, cooking Shitake mushrooms robs it of much of its nutritional value.

The Reshi Mushroom (Ganoderma lucidum) is popular for its life-increasing properties. Used both as a curative and preventative with consistent use, reshi mushrooms were historically kept in secrecy by ancient emperors. Some of it’s uses:

Another kind of mushroom with great health benefits is the Maitake Mushroom (Grifola frondosa). It has been used for long as a food as well as a medicine. It is believed to possess properties to fight tumours, such as in breast cancer. However, as Susan G Komen, an authority on breast cancer points out, “more human studies are needed” to firmly establish that claim.

Mushrooms most definitely make the list of not only powerful alternative medicines, but as a great inclusion into any diet. Fungus never looked so good.