You are here: Home / Cholesterol / Olive Oil – the Healthiest Oil on Earth 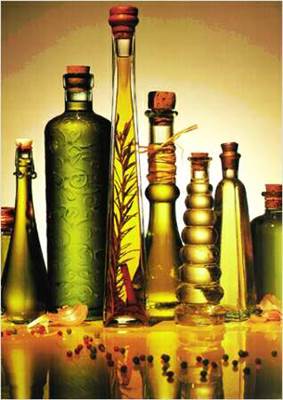 Eating healthy is one of those things that we all should try to practice, and it’s almost overwhelming how many ways there are to do it. Sure, fruits, vegetables, greens, all should be staples in our diets; no one is going to argue that eating like that is anything BUT healthy. However, there is one thing that should be an absolute with no questions asked — and that is olive oil.

‘Nectar of the Gods’

Virtually everything I eat, I cook in olive oil. I’ll use it to sautée mushrooms, onions, peppers and other veggies; sometimes as a dressing with Balsamic vinegar; sometimes as a deep fry for eggplant; and all the times when I make popcorn. (Try a little curry powder instead of salt for a topping! Yummy)

Olive oil is what I consider a ‘Nectar of the Gods’ because it is so good and incredibly healthy for you. It is extremely versatile. You can use it by itself just for the flavoring aspect, or to deep fry things and still keep them heart-healthy.

The olive is one of the oldest known cultivated trees in human history. Humans began to cultivate this tree in and around the Mediterranean basin about 6000 years ago, and the great Minoan civilization may have been using olive oil as a type of currency — it had become that valuable.

The seafaring Phoenicians spread the use of olive oil to Africa and southern Europe, and it was a well known commodity during the time of the Pharaohs. Many religious cultures use olive oil for anointment, and because it was used in Christian baptisms, missionaries eventually transplanted the olive tree to the new world. The transplant occurred primarily in the California region of the country, where the climate was much like it is in the Mediterranean areas where olive trees thrived.

The Taste of Olive Oil

Personally, I love the taste of olive oil, and to that end, I mostly buy the Extra Virgin kind. This is cold pressed olive oil in its most natural and delicious state, and contains the greatest health benefits when ingested. For things like popping corn, I’ll use a regularly labeled ‘light’ olive oil, which is basically just olive oil that has been slightly refined. There is no strong taste of oil in a light version, so any added flavor to the popcorn comes in loud and clear.

Although every kind of olive oil has definite health advantages, for the healthiest type of olive oil, always go for the extra virgin. It is handled very little and retains all of the goodness from the olives that it was pressed from. Studies of olive oil, when compared to other oils like rapeseed and sunflower oil, prove that it raises the HDL or ‘Good Cholesterol’ in your bloodstream, while decreasing the LDL or ‘bad’ cholesterol, and the difference is significant when compared to these other healthy oils.

But there are other very significant health benefits as well. Other studies posted in the prestigious Oxford Studies newsletter show a possible favorable effect (or, in layperson’s terms, a “preventative” effect) on colon cancer risk when olive oil has been used as a frying agent. No other oil known has shown this.

Medical News Today posted an article out of Spain that links extra virgin olive oil use with a healing effect on ulcers, and there is even a natural cure for gallstones by taking a little olive oil and a little lemon juice. There are other good things that olive oil does for your body, and you can read about them here. It’s like a do-all liquid health food in a bottle — just always make sure you are using the extra virgin olive oil for the maximum health benefits!


No Finer Oil than Olive Oil

Regardless of anything else, there is no finer oil for cooking or eating than olive oil. The best restaurants use nothing but the finest olive oil to create culinary masterpieces, while the ancient Greeks used olive oil to reward their athletes at the original Olympic games, giving upwards of 5,000 kilos to the winner with the fastest chariot!

No healthier oil on earth, olive oil, and still going strong after 6000 years!