You are here: Home / Breast Cancer / Parabens: Paranoia or Fact? What You Need to Know Before You Use Skin Products 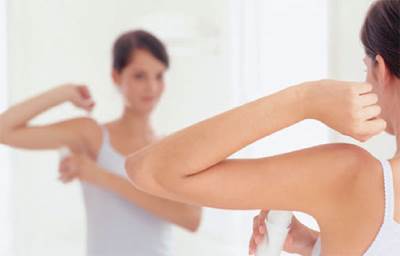 Parabens in skin care and parabens in makeup are a group of chemicals widely used as preservatives in the cosmetic and pharmaceutical industries. Parabens are effective preservatives in many types of formulas. These compounds, and their salts, are used primarily for their bacteriocidal and fungicidal properties. They can be found in shampoos, commercial moisturizers, shaving gels, cleansing gels, personal lubricants, topical/parenteral pharmaceuticals and toothpaste. They are also used as food additives. (wikipedia)

What’s with the hype?

For the past few years, I’ve been hearing the word “Parabens” being thrown around the health food industry. Being a health nut, I knew that they were chemicals added to food and skin products, but I never really did any further research – just stayed away from them! Eating an organic vegan diet, I didn’t really think much about parabens.

Since it is estimated that they are used in at least 13,200 cosmetics products, I’m sure that most of us have been exposed to parabens some time in our lives.

Are they safe or not?

Scientists and doctors seem to be on the fence with the safety of parabens:

Many doctors speculate that parabens are linked to various forms of cancer and disrutiption of the endocrine system.

Others claim that parabens, like most cosmetic ingredients, are safe based on their long term use and safety record and recent scientific studies.

Dr. Elizabeth Smith has written that “It is a known medical fact that estrogen stimulates breast cancer” and that “anything absorbed through the skin may be as high as 10 times the concentration of an oral dose.” (Think about how nicotine and birth control/hormone patches work—the chemicals are absorbed through the skin!) She also reported that, in one study, a paraben was injected under the skin and was found to have an “estrogenic response on uterine tissues.” Scientists observing these harmful effects on the uterus remarked that “it is suggested that the safety in use of these chemicals should be reassessed.”

Endocrine disruptors are transported into the body, daily, via absorption through the skin and hair follicles when using personal care products. Now that we know that we absorb toxins through our skin, isn´t it important that body care products that claim to be organic should be as pure as the organic foods that we eat?

Personally speaking, any chemical with so much adverse speculation surrounding it must contain at least “some” truth. Ultimately, its up to you if you want to take the risk of getting cancer by consuming and using paraben-riddled products. Actually, the U.S. Food and Drug Administration (FDA) has received a number of inquiries on the safety of parabens as used in cosmetics. In response, the FDA has put up their answers regarding Cosmetics Products and Ingredient Safety on its website.

I’m still continuing to study parabens, so any advice on the matter would be greatly appreciated.