You are here: Home / Allergy / Is Soy Good or Bad for You? 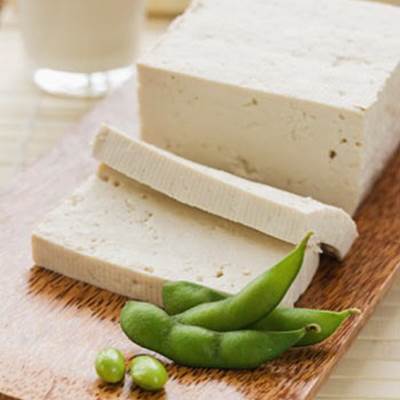 From 1992 to 2008, soy food sales have increased from $300 million to $4 billion. This dramatic increase can be attributed to new soy food categories being introduced, soy foods being repositioned in the marketplace, and new customers selecting soy for health and philosophical reasons.

Read on to find out about what this increase in soy intake could mean for your health — in both positive and negative terms.

In recent times, new soy products have flooded the US market. It has been estimated that from 2000 to 2007, food manufacturers in the U.S. introduced over 2,700 new foods with soy as an ingredient, including 161 new products introduced in 2007 alone. Soy products have historically been associated almost exclusively with natural foods stores. However, supermarkets have recently begun carrying both national soy food brands and their own store brands of soy products. Three quarters of the sales of soy foods and drinks now come from supermarkets, according to the Mintel, June 2006 Soy-based Food and Drink Report.

In recent times consumer attitudes to soy foods have changed.

Soy products are available as:

In recent years, scientists have discovered that soy foods contain phytochemicals that confer profound benefits on human health. The benefits of soy include promoting heart health and healthy bones, preventing cancer and alleviating menopausal symptoms – the soy and menopause relation is always a hot topic. Soybeans contain high amounts of protein, including all essential amino acids (the only such vegetable source). Soybeans are also a rich source of calcium, iron, zinc, phosphorus, magnesium, B vitamins, omega 3 fatty acids and fiber.

Soymilk has a cholesterol lowering effect and its positive role in heart disease was recognized in the mid 90s when the results of a meta-analysis of 38 clinical studies were published. The results demonstrated that a diet with significant soy protein reduces Total Cholesterol, LDL cholesterol (the “Bad” cholesterol) and Triglycerides. Soy protein was effective even in people who were already following the American Heart Association’s 30 percent-fat diet. Soy protein appears to lower triglyceride levels while preserving HDL cholesterol.

Researchers Erdman & Potter in 1993 reported in the American Journal of Clinical Nutrition a 12 percent drop in cholesterol when 20 to 25 grams of soy protein and fiber were included in the diet. Soybeans contain soluble fiber, which is known to interfere with the absorption and metabolism of cholesterol. As a result of these findings, in 1999, FDA authorized a health claim about the relationship between soy protein and Coronary Heart Disease (CHD) on labeling of foods containing soy protein.

However, a few recent studies released in 2005 found that soy only had a modest effect on cholesterol levels. The American Heart Association no longer recommends soy for heart disease. The FDA is currently reviewing its policy on soy health claim and soy protein nutrition.

Many soy foods are naturally high in calcium. In addition, soy also contains magnesium and boron, which are important co-factors of calcium for bone health. Soy foods also contain isoflavones and these are said to inhibit the breakdown of bones. One compelling study completed by Erdman in 1993 focused on post-menopausal women who consumed 40 grams of isolated soy protein daily for 6 months. Researchers found that these subjects significantly increased bone mineral density as compared to the controls.

Another study published in the Archives of Internal Medicine in September 2005 also found that intake of soy food was associated with a significantly lower risk of fracture, particularly among early post-menopausal women.

In Japan, where soy foods are commonly consumed daily, women are only one-third as likely to report menopausal symptoms as in the United States or Canada. In fact, there is no word in the Japanese language for “hot flashes”. Current studies showed that soy only helps some women alleviate menopausal symptoms. Indeed, soy is more effective in preventing than alleviating hot flashes — another soy menopause connection.

Among all cancers, data on soy and prostate cancer seems to be the most promising; many studies support its role in the prevention and possible treatment of prostate cancer, while some studies showed soy offers a protective effect against breast cancer. It is believed that soy foods contain phytoestrogens and these act like anti-estrogens and thus offer protection to women. However, a few other studies showed the estrogen-like effects in isoflavones might actually be harmful for women with breast cancer.

Studies found that soy could become “pro-estrogen” in women with low levels of natural estrogen. In other words, concentrated soy supplements may add estrogen to the body and hence increase breast cancer risk in post-menopausal women. Therefore, post-menopausal women should avoid taking concentrated soy supplements until more is known. Eating soy products, however, is not harmful. The American Institute for Cancer Research stresses that data on soy and breast cancer are not conclusive, and more work is needed to be done before any dietary recommendations can be made.

Protein is essential for healthy weight maintenance, and soy is one of the least expensive and effective ways to get protein.

The phytoestrogens contained in soy products may help to offset the unfortunate effects of endometriosis, which affects thousands of women each day. It does so relieving pain, heavy bleeding and other symptoms of endometriosis.

Is Soy Bad for you?

Of late, there are a number of studies that seem to suggest that soy foods may be actually harmful to the body. Let us look at some of these. There are studies, which suggest that Soy products may actually:

There is potential for certain individuals to consume levels of isoflavones in the range that could have goitrogenic effects. Most at risk appear to be infants fed soy formulas, followed by high soy users and those using isoflavone supplements. The report noted that infants fed soy formulas are exposed to high levels of isoflavones, which are potent anti-thyroid agents, and that the risks to normal growth and development were significant.

The Ministry of Health in New Zealand has found that infants with a history of thyroid dysfunction should avoid soy formulas and soy milks. Soy based infant foods have profoundly adverse hormonal effects as discussed above, but it also has over 1000% more aluminum than conventional milk based formulas.

Two senior US government scientists, Drs. Daniel Doerge and Daniel Sheehan, have revealed that chemicals in soy could increase the risk of breast cancer in women, brain damage in both men and women, and abnormalities in infants.

New research indicates that soybeans and soy-based foods, a staple in the diets of many health-conscious consumers, may promote kidney stones in those prone to the painful condition. The researchers measured nearly a dozen varieties of soybeans for oxalate, a compound that can bind with calcium in the kidney to form kidney stones. They also tested 13 types of soy-based foods, finding enough oxalate in each to potentially cause problems for people with a history of kidney stones, according to Linda Massey, Ph.D., at Washington State University in Spokane.

A hormone-like compound found in soy products, including soy-based infant formulas and menopause remedies, may impair immune function. When mice were injected with the “plant estrogen” genistein, which is found in soy products, levels of several immune cells dropped and the thymus, a gland where immune cells mature, shrank. A few reports from the late 1970s and early 1980s suggested that a soy-based diet impaired infants’ immune functions. About 15% of infants in the US, or roughly 750,000 children, consume soy-based formula each year.

A Swedish study shows that soy, like its botanically-related cousin the peanut, could be responsible for severe, potentially fatal, cases of food allergy, particularly in children with asthma who are also very sensitive to peanuts. Soy has probably been underestimated as a cause of “food anaphylaxis”.

In the US, Most soybeans are grown on farms that use toxic pesticides and herbicides, and many are from genetically engineered plants. When you consider that two-thirds of all manufactured food products contain some form of soy, it becomes clear just how many Americans are consuming GM products, whose long-term effects are completely unknown.

In some ways, the pros and cons of consuming soy products can be baffling for the ordinary reader. However, it must be remembered that soy can be a valuable source of protein in a vegetarian or vegan diet, but it should not be relied upon as the sole source of protein. Variety in our diet is an excellent way to ensure balance and good health.

Choosing traditional and less processed forms of soy (such as tofu, miso, tempeh, edamame and even soy milk) over highly processed soy foods (such as soy cheeses, soy meats, and soy protein isolates) is likely to be a safer choice. Traditional Asian diets contain fermented Soy and use Soy as a light condiment. 65% of the Asian diets consisted of fish and pork. The Soy intake in Japan and China account for 2 Tbsp per day only.

There are some redeeming qualities to soy; however, these are found primarily in fermented soy products like tempeh, miso and natto and soybean sprouts. If you want to get some health benefits from soy, stick to these four forms and pass up the processed soy milks, soy ‘burgers’, soy ‘ice cream’, soy ‘cheese’, and the myriad of other soy junk foods that are so readily disguised as health foods.