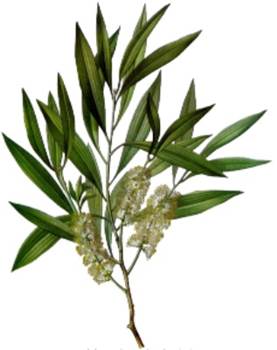 It must have been in 2005 when I was walking down the isle of Trader Joe’s when I noticed a bottle of Tea Tree Oil in the bathroom and facial products section. Now I wouldn’t say I have an acne problem at all, but like many, I’ve been known to get a pimple or two from time to time. The tea tree oil was right next to some acne solutions, so I decided to pick up a bottle and read what it was all about. I already knew that tea tree oil was a natural antibiotic, but what I also learned that day was how it helped with acne, cuts, scrapes, and wounds.

I purchased a small bottle and gave it a shot. Guess what? It worked pretty damn well. Any time I noticed a pimple, I’d rub a bit of the oil on my skin, usually before I went to sleep, and that helped to squash that pimple in its tracks. I also found myself using it for minor cuts and scraps, usually diluting it with water in a bottle cap and applying it with a q-tip. But, to be honest, nowadays I apply it directly without diluting it most of the time — this is something that is usually not recommended, but we’re all made differently and for my body, it worked.

Tea tree oil is an essential oil derived from the leaves of Melaleuca alternifolia plant, from Australia. The oil comes directly from the leaves of the plant. The chemicals known as terpenoids are the magic inside the leaves. Terpenoids have antifungal properties responsible for tea tree oil’s antimicrobial power to help the following conditions:

Actually, I lied! The first time I used tea tree oil was when I purchased toothpicks that were coated with oil. Oh man, I chewed on those things like they were candy! The toothpick was great for, you know, picking your teeth! But the oil had such an intense, cinnamon-like, flavor that I found myself simply chewing on these picks for the taste, not to mention that I was fighting any bacteria in my mouth at the same time.

In a study of 30 patients who had infections that were resistant to a common antibiotic, one-third were completely cured by tea tree oil compared to just 13 percent who received conventional treatment.
annieappleseedproject

Tea tree oil is proving to be a great combatant against the skin infection commonly known as Staph (Staphylococcus aureus). Tea tree oil, in a new study, has been shown effective in eliminating the bacteria produced by staph infections.

One or two drops on your finger applied directly on your skin. Rub in circular motion for 30 seconds.

Add a few drops to 8 ounces of water and gargle for 30 seconds to 1 minute.

Add a few drops in a bottle cap and mix with water, then apply directly to wounded area.

Antiseptic, natural antibiotic, disinfectant, antiviral and antifungal, what more can you ask for in an oil? Used by the indigenous peoples of Australia for thousands of years, this plant’s oil should be a mainstay in your bathroom mirror.