You are here: Home / Conditions / The Truth about Hoodia Weight Loss 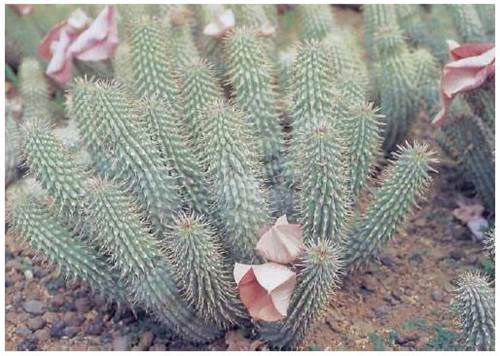 Thanks to America’s obsession with its ever-fluctuating percentages of body fat, Hoodia, specifically hoodia gordonii, hit the market running when it was introduced several years ago after the various and remarkably popular ephedra-containing drugs were deemed unsafe for use. The market was ripe for a new diet pill, and everybody was snapping up bottles of this new, “natural wonder” weight loss. But few stopped to consider: what does hoodia actually do? Where does it come from, and what is its history?

Read below for some of the answers:

Although hoodia has been used for medicinal and hunger-suppressant purposes in its native Africa for a very long time, Western scientists first noted it around the 1930s when an anthropologist studying the San bushmen made note of hoodia’s uses. Then, in the 1960s, the South African Council for Scientific and Industrial Research began studying its effects, leading to the first official designation of hoodia’s usefulness as an appetite suppressant — studying hoodia in a weight loss program.

Called a cactiform because of its remarkable resemblance to the cactus, Hoodia gordonii is not actually a cactus. It is a spiny succulent from the family Apocynaceae, which features a host of other plants, some cactiform, some very different. However, Hoodia gordonii is the only member of the Hoodia family that reportedly contains the desired hunger-suppressant effects.

The only known active ingredient of hoodia is the steroidal glycoside P57, patented by British pharmaceutical company Phytopharm after its isolation. P57 is thought to influence the hypothalamus, making the brain believe that the body is full and thus reducing the desire to eat and drink by 40-60% (in laboratory rats) for a 24-hour period. P57 is the main chemical reason that hoodia does what it does.

Consumers should be wary – because P57 in hoodia was so recently isolated, side effects are still somewhat untested in humans. It has been shown to have possible unwanted effects on the liver; although not proven conclusively, this means that it may interact with other drugs affecting the organ as well.

There is also a certain threat in the idea that hoodia suppresses hunger and tricks the brain into thinking blood sugar levels are normal – these effects of hoodia could lead to lower-than-normal blood sugar, and prolonged administration could stave off signs of hunger for a dangerously long period of time. Hoodia consumers are urged to proceed with caution, take regular meals or snacks, drink enough fluids to prevent dehydration, and monitor their blood sugar (especially if they are diabetic).

Buy from a Reputable Source

Hoodia may be a natural weight loss treatment, but the many forms of it out there contain different levels, so there is no standard dosage. The buyer should be especially skeptical of pills sold on the internet; according to WebMD, the sheer amount of hoodia available exceeds the likely production in Africa, meaning that most hoodia pills may contain little to no actual Hoodia gordonii.

All in all, hoodia may have its benefits in a monitored, healthy diet, but the consumer should be sure that they are ordering hoodia from a reputable source and do their research on potential herbal or drug-interactions. The hype around hoodia weight loss is still in the air.