You are here: Home / Cancer / What is Resveratrol and How Can it Help Me? 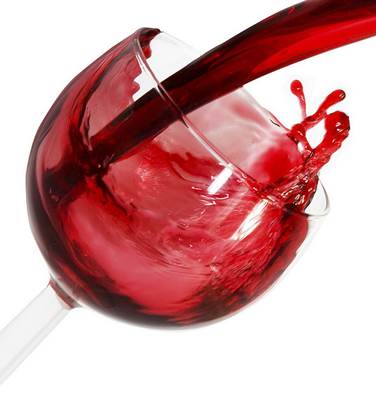 When I started doing research on resveratrol, a polpyphenic compound mostly found in grapes and red wine, it was hard to know what to focus on. There is a large amount of studies on this plant compound and its effect on preventing cancer, repairing organ injury, prolonging cell life and much more. It just shows the great scientific interest in understanding resveratrol and the hope that its medical benefits will translate from animal studies to human trials.

In nature, resveratrol protects plants from stress, injury, infection and ultraviolet radiation. And, in 1992, scientists claimed that it was the cause for the famous “French Paradox,” where the French have a diet high in fat and smoke more cigarettes than Americans, but have a lower mortality rate from coronary artery disease.

It was believed that drinking red wine was the basis for this phenomenon and it is now recommended that one or two drinks a day, in moderate amount, of red wine may reduce the risk of heart disease. And, although the studies done on the paradox were inconsistent, it increased the interest in resveratrol and led to the funding of further testing.

What is Resveratrol Good For?

Resveratrol has been found to inhibit the proliferation of a variety of human cancer cell lines, including those from breast, prostate, stomach, colon, pancreatic, and thyroid cancers. – Linus Pauling Institute, Oregon State University (OSU)

Studies also show that it prevents the progression of Parkinson’s Disease in rats and protects the intestinal lining of mice from colitis. And, resveratrol has increased the lifespan of yeast, worms, fruit flies and fish on high calories diets.

Effects of Resveratrol on Humans

But, the main question remains: can the positive effects of resveratrol, shown in animal studies, be translated to humans? Resveratrol is well absorbed by humans, but it is quickly metabolized and eliminated. And, humans will need much more resveratrol than present in red wine, as well as resveratrol supplements, to achieve the same success as the animal trials.

Hopefully, scientists can implement safe and effective human trials of resveratrol before the interest, and funding, decline. In trying to solve the aforementioned “French Paradox”, we don’t need another “Research Paradox” on our hands!