You are here: Home / DIET / Will Going Kosher Make You Healthier? 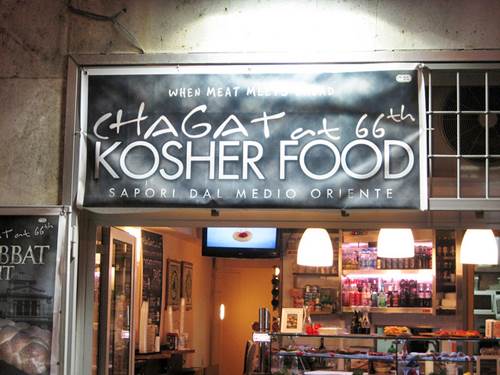 According to the Global New Products Database (GNDP), a service that provides daily updates on new products launched around the world, ‘Kosher’ was the most popular claim written on food products in the year 2007, with ‘All Natural’ and ‘No Additives or Preservatives’ coming close behind. Since the kosher ‘brand’ is so popular, it needs taking a closer looking at the benefits provided by this kind of food.

What is Kosher Food?

The central concept of the Judaic tradition ‘Torah’ dictates certain dietary rules and regulation for consumption of food, that is called ‘Kosher’ food. These rules apply to meat, poultry and dairy products as well as their derivatives. Also, only some forms of eggs and fish are considered as kosher. Most fruits, vegetables and green plants are also kosher food except a few infested with any kind of insects and fruits from trees planted within the past three years.

There are kosher beverages too that include certain wines produced with kosher enzymes for fermentation. The Jewish religious law is very strict with the conditions such beverages are made under. For example, the grapes for such a wine must also be from a kosher winery and their hybridization with any other plants is prohibited.

Beyond the Jewish Community

But beyond appealing to the Jewish community, it seems that many other people also believe that kosher food products are generally healthier and safer than non-kosher items.

So, is it true? In many ways, the answer is yes. Here’s why:

Buying kosher, of course, does not equal keeping kosher, as most kosher practices are done for religious reasons rather than for good health. However, ancient kosher beliefs, like separating dairy from meat, also relieve digestive stress. So, keeping kosher can bring your body closer to proper food combining and, in turn build your immunity.