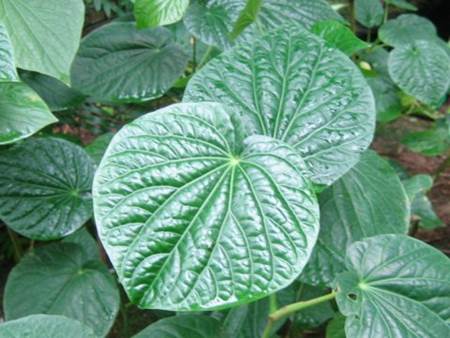 As a little plant with a Latin name as compelling as Piper methysticum, or “intoxicating pepper,” kava kava certainly has a reputation. There are many questions, opinions, and misconceptions about this mystical root from the South Pacific – so let’s begin to clear them up and sort them out.

What is Kava Kava?

Kava kava is a cash crop from Vanuatu and surrounding areas like Fiji, Micronesia, and Tonga. It has also been grown in Hawaii. A surprising fact about kava is that its pollination is entirely a human effort – the female flower, when present and pollinated, still doesn’t produce a fruit, and the plant can only pollinate if struck. This level of involvement in the growing process should tell you something about how valuable kava is in the cultures of the south Pacific. For a bit more about this fascinating process, see this page.

First, and most obviously, kava kava is well known for its relaxing effects – it is a mild sedative and a potentially useful alternative to prescription anti-anxiety medications. Some casual kava users claim that it can take “the edge” off social situations without disturbing mental clarity and leave the user hangover-free the following day. As a result, kava has gained popularity in the US as a drink, a tea, and an extract.

Although its main use has always been social or ceremonial, kava kava can also be useful for temporarily treating various oral aches and pains, since it does cause mild numbing of the gums, tongue, and throat. For this, it is best to administer kava to the mouth directly, either by application of the extract (sold in many health food stores) or the actual tea/preparation itself. Continually chewing the root is not recommended because it can actually cause a cosmetic change – some say that kava kava chewers have yellowed or stained teeth and nails. However, the root is not commonly encountered.

How does Kava Kava work?

Kava works because of its active ingredients, called “kavalactones”. These are found in all parts of the plant, though only the root is traditionally used in the preparation of kava. Although it’s not completely clear how kavalactones work, they’re thought to affect levels of neurotransmitters in the blood. This is still being studied, with many interesting results.

What are the side effects of Kava Kava?

If you’re just looking for something to numb your toothache, you should obviously know about kava’s sedative and intoxicating potential – although a relaxed, calm feeling is something many of us wouldn’t mind; after a long bout with a toothache, I’m sure that it could also be a strange surprise.

Reported additional side effects include vivid dreams. Also, liver toxicity has been known to occur to those people who use kava regularly in high doses – though this may be due to the fact that they’re using extracts manufactured from the leaves and stems of the plant, which are not traditionally used. Should you go the extract route, please be aware of this potentially serious complication.

Kava is an interesting plant with many potential benefits – but as is the case with many herbal remedies not indigenous to our culture, we don’t know everything about it, so we should be careful.