You are here: Home / ADHD / Simple and Natural Solutions for ADHD and ADD 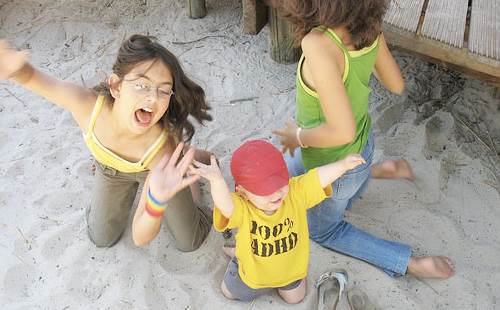 When I was a teenager, it was the trend to diagnose children with ADHD (Attention Deficit Hyperactivity Disorder) and ADD (Attention Deficit Disorder). And, although the terms aren’t getting tossed around as much anymore, there is still a real need for proper diagnosis and treatment. Past treatment has relied heavily on drug therapy, i.e. Ritalin, but studies are now proving that diet and alternative treatments are also effective.

Causes of ADHD and ADD

The majority of ADHD and ADD disorders are caused by a weaker immune system, nutritional deficiencies and allergies to food additives, preservatives or chemicals.

The vast majority of medical doctors consider Attention Deficit Disorder (ADD) to be of unknown causes. Yet it’s a known fact that the elimination of food additives and refined sugar produces dramatic improvements. Why haven’t you been told this well-known fact? Considering the advertising revenues, it doesn’t take a genius to see why the print and broadcast media have, for the most part, refused to publicize this vital information! – Attention Deficit Disorder & Hyperactivity Success – All Natural Healing Resource Center

In 1973, Dr. Benjamin Feingold was the first to present these causes and claimed that 40 to 50% of children are sensitive to chemicals added to and already present in foods. The Feingold diet recommends a salicylate (plant compound) and additive-free diet and even bans aspirin, which contains salicylate.

Studies have shown that ADHD children were low in omega-3 fatty acids, magnesium and zinc – all important building blocks for a child’s nervous system. A child should have a full diet with these nutrients plus Vitamin B and C for absorption. Dr. Zoltan Rona, the past president of the Canadian Holistic Medical Association, advocates eating high protein foods like organs meats, seafood, whole grains and legumes, and avoiding sugars, wheat, dairy and trans-fat.

Natural Therapies for ADHD and ADD

There has been improvement in attention deficit children with neurofeedback, musical therapy, homeopathy and craniosacral therapy. There are even studies that show that adequate natural light (or full spectrum bulbs) and French maritime pine bark extract alleviate the symptoms of ADHD and ADD.

Attention Deficit/Hyperactivity Disorder (ADHD) is the most common psychiatric disorder in children. Pycnogenol, an extract from the bark of the French maritime pine, consisting of phenolic acids, catechin, taxifolin and procyanidins, has shown improvement of ADHD in case reports and in an open study. – Treatment of ADHD with French maritime pine bark extract, Pycnogenol. (NCBI)

In 1996, the World Health Organization warned that the prescription of Ritalin had reached “dangerous proportions.” And, unfortunately, with over 1.3 million with ADD and about 3 million with ADHD, the long term effects of Ritalin and similar drugs have not been thoroughly studied.

So parents, if I’ve kept your attention for this long, please take into consideration your child’s diet if he has this diagnosis or seems particularly hyperactive . . . your vigilance could be just what he needs to feel better.