You are here: Home / Conditions / Natural Relief for Migraines 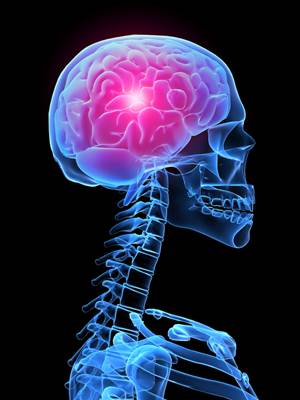 It’s estimated that about 16% of us experience a migraine headache at some point in our lives. These massive, incapacitating headaches strike at what seems like random intervals – or do they? Is there something we can do to avoid them? And once they strike, is our only option to take a strong dose of medicine and lie down in the dark until the symptoms subside?

Today, I’d like to explore more natural ways of both preventing and relieving migraine symptoms.

Preventing the Onset of a Migraine Attack

First, let’s talk prevention. There are a number of “triggers” (in foods that we eat) out there that can bring on symptoms in many people – avoiding them or cutting down their intake is a good way to begin preventing migraines. These foods include wine (red wine especially), yeast products (like bread), fermented and pickled products, aged cheese, meat, and MSG (which you shouldn’t be eating anyway!).

But if you’re like me, you like pickles (I pickle my own), and you have a glass of red wine now and again for its flavor and its health benefits. What to do then, if you can’t or don’t avoid all your triggers all the time?

Recognizing a migraine symptom is easy for those who have ever suffered from them. First there is the “aura,” which precedes the pain itself and can include visual disturbances and sound sensitivity. Then, the pain comes, and it ranges from a pounding on one side to a completely incapacitating overwhelming sensation all over the head. It can become impossible to work, think, or interact.

Here are a few herbal tricks that can help with relief as well as long-term prevention of migraines.

At the first sign of symptom, massage lavender oil onto the temples. Lavender (Lavendula angustifolia) is commonly known for its soothing scent, but it is also a strong herbal analgesic and many people have eliminated migraine symptoms with this sweet-smelling oil. Apply, then retreat to a dark room and breathe deeply and evenly.

This herb, also called bachelor’s button, is effective in long-term prevention. It doesn’t necessarily undo the symptoms, but people who use it regularly report less symptoms in general. It is an anti-inflammatory, and works much like ibuprofen. You can find this supplement in a well-stocked herbalist, and it’s also found in many common migraine treatments (like Migrelief and MygrAid).

These include herbs like skullcap, valerian, and lemon balm. Like feverfew, these antispasmodics reduce tension and can also help you relax and give you a sense of calm.

Dealing With Nausea During Migraine

There is also the matter of nausea: during a migraine, your digestive system slows down and anything that you do ingest can actually take hours to process. This means that if you’re trying to relieve symptoms, you might have to wait much longer. So it’s a good idea to combine any migraine treatment also with a tea for nausea: peppermint, chamomile, or meadow-sweet tea can help (brew like any infusion by letting 1tsp of herbs steep for five minutes in 8 ounces of water). Feel better!