You are here: Home / Aging / Natural Ways to Increase Hemoglobin 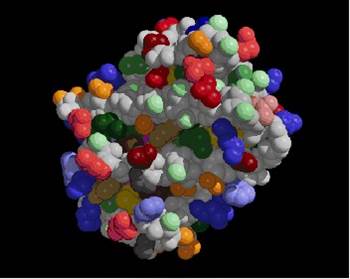 The World Health Organization (WHO) estimates that about 2.5 to 3 billion persons are anemic worldwide. 50% of all anemia cases are caused by Iron deficiency.

In the US alone, it is estimated that more than 3.5 million people have some type of anemia. Anemia occurs in all age groups and in all racial and ethnic groups. One specific type, sickle cell anemia, occurs in one in every 600 African-American births, and about 2 million Americans have the sickle cell trait. Approximately 10 percent of children with SCD suffer fatal or debilitating strokes. Aplastic anemia occurs in about 500–1,000 people in the US.

Older Adults & the Elderly: Fatigue, weakness and other anemia symptoms can be misconstrued as normal signs of old age, but neither anemia nor these symptoms are a natural part of aging and should receive meticulous medical attention.

Women of Childbearing Age: Heavy bleeding with normal menstruation may cause iron deficiency anemia. Anemia can also develop during pregnancy. In fact:

Poor Nutrition: Anemia can also be caused by, or related to, poor nutrition. Vitamins and minerals are required to make red blood cells; in addition to iron, vitamin B12 and folate are required for the proper production of hemoglobin. Deficiency in any of these may cause anemia because of inadequate production of red blood cells. Poor dietary intake is an important cause of low folate and low vitamin B12 levels. Strict vegetarians who do not take sufficient vitamins are at risk to develop vitamin B12 deficiency.

Heart Disease: People with Heart Disease are at a risk for anemia. Hypertension can precipitate or worsen many established cardiovascular diseases, advancing the severity of anemia and congestive heart failure.

Thalassemia: This is another group of hemoglobin-related causes of anemia. There are many types of thalassemia, which vary in severity. These are also hereditary.

Alcoholism: Poor nutrition and deficiencies of vitamins and minerals are associated with alcoholism. Alcohol itself may also be toxic to the bone marrow and may slow down the red blood cell production.

Aplastic anemia: Occasionally, some viral infections may severely affect the bone marrow and diminish production of all blood cells. Anti-cancer medications and some other medications may pose the same problems.

The Symptoms of Anemia

The symptoms of anemia are very imperceptible at first and include weakness, fatigue, dizziness, headaches and heart palpitations. These symptoms result from the body not getting enough oxygen through the bloodstream. It can become a life-threatening condition if left untreated for a long time.

Some Foods that Raise the Hemoglobin:

Alternately, you could try some of these home remedies that are useful in anemia.

To improve your hemoglobin, you should enjoy sunbathing as the sunlight stimulates the production of red blood cells. Certain yoga postures such as Shoulder Stand (Sarvangasana), Posterior Stretch (Paschimotthanasana), and Corpse Pose (Shavasana) are also considered useful in combating anemia.