You are here: Home / Allergy / The Real Lowdown on Spirulina 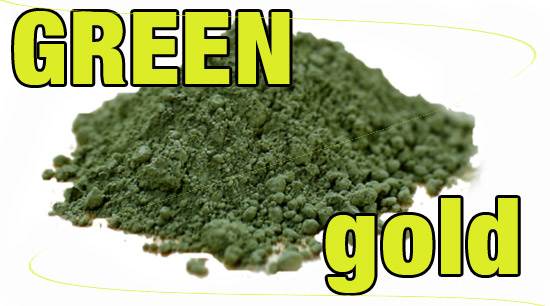 The UN once declared Spirulina the “best food of the future”. Is it just sensationalism? After all, it’s only a microscopic, blue-green algae. It’s a simple salt water plant that thrives in warm climates and alkaline water. Used by the Aztecs and Mesoamericans since the 16th century, few know that its history goes even further back to 9th century Chad. Presently, it is cultivated and eaten in over 70 countries as a dried powder or pill.

Most famously known for its high protein content, from 55% to 70%, it rivals both red meat and soy. Along with all the essential amino acids, it also has Vitamins A, B1, B2, B3, B6, B9, B12, C, D, E, folate, K, biotin, pantothenic acid, beta carotene, and minerals calcium, manganese, iron, magnesium, zinc, potassium, selenium, carotenoids, and over thirty other nutrients . It has a GLA content (Gamma Linolenic Acid) of 25% or higher, and contains 6 other essential fatty acids.

One can see why it is called a multi-vitamin. It is also used as a supplement for many vegetarians who need the extra protein, amino acids, and B12.

Some of the health benefits of spirulina that are being suggested by studies include help with allergies and hay fever; antiviral activity against herpes, flu and HIV; inhibition of HIV replication; reduction of stroke severity and increased recovery; weight loss aid; reversal in age-related memory and learning loss; lowers cholesterol and raises HDL; immune system booster; antioxidant; anticancer activity; increased metabolism and energy; improved digestion; prevention of heart disease; and aids the growth of L. acidophilus and other probiotics, among many other benefits.

Besides smelling and tasting rather foul, Spirulina does have some things to be concerned about:

While the adverse reactions may frighten, many who use Spirulina have experienced no ill effects. And at present, studies have yet to definitively confirm or deny any claims. For those that Spirulina’s benefits outweigh its possible side effects, find a trusted, tested brand.