We read so much about healthy teeth, taking care of teeth, whitening teeth, brushing, flossing, gargling et cetera that it’s very easy to think that’s all there is to oral hygiene. But we should also devote equal time to our gums; after all, they’re the home base for our teeth.

You could say the gums are the foundation. And if something is awry with the foundation of your house, don’t you notice it on the second floor? Here are some tips to help keep your gums in their healthiest condition and some natural ways for fighting gingivitis. 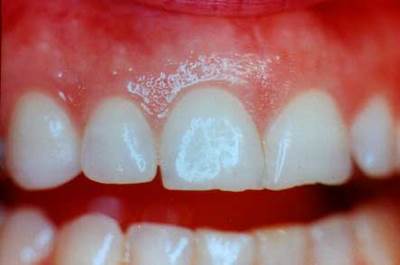 They are a pink or coral color, but don’t worry if your gums have splashes of lighter and darker patches. That’s quite normal. The gums should reach the teeth and form a kind of “Y” pattern; you shouldn’t really see recession, looseness, or separation between the gums and the teeth, nor should there be redness or soreness in the area where the gums meet the teeth. If you begin to see signs of receding gums, it’s best to bring it up to your dentist when you go for a visit – although gums recede with aging, it could still indicate an early sign of periodontitis (gingivitis periodontal), or gum disease.

On the other hand, unhealthy gums can also show signs of inflammation – the opposite of recession. In general, it’s a good idea to check your gums once in awhile and note down any changes in color, texture, and shape. Also, if your gums bleed whenever you brush (not just randomly when you brush or floss too hard, but nearly every time), you have the signs of gum disease.

If you have the signs of gum disease, many people recommend herbal gum packs to slow down the damage. These gum packs include:

The vitamin E liquid and aloe vera mixes with the turmeric to make a paste. Put this paste on gauze and fold the gauze into a size and shape comfortable for your mouth. The pack should stay next to your gums for at least a few hours, or preferably overnight. Although it’s very healthy for your gums and will help them heal, turmeric can stain the teeth, so you might want to use some natural teeth whiteners after your session. This process can be repeated until improvement is seen.

(The above recipe from: Amarilla Ace)

So, on to my next point – prevention. Prevention is synergistic application of all of the above techniques: regular brushing, flossing, and use of the proper dental care products (for info on natural/“alternative” dental care, read Skrewtips’s post here!)

Use Natural Mouthwash for Prevention

Taking precautionary measures can also include a weekly rinse with a mouthwash made from an astringent, warming, tissue-healing herb such as cinnamon, licorice root, or turmeric. The rinse can be made by brewing a “tea” of sorts – add one teaspoon of the herb to one cup of water, then cool it down to room temperature and rinse. You should swish it around in your mouth for 30 seconds, then spit. You should NOT use sweetener with this even though it seems like you’re preparing a tea; sweetening may do more harm than good. The only exception to this rule might be Xylitol, a sweetening agent with powerful anti-caries properties. Still, I would recommend making the rinse plain.


Another tried-and-true method is a rinse made with peppermint or spearmint. There’s a reason we put those flavors in toothpaste – they’re effective at killing bacteria. Brew an infusion of leaves and then rinse for 30 seconds with it. You’ll not only have fresh breath, but you’ll be doing a favor to your gums as well.