You are here: Home / Anxiety / A Natural Cure for Bipolar Disorder 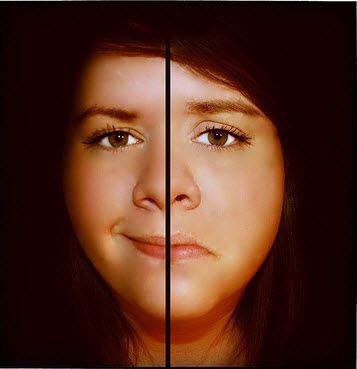 Bipolar disorder is a long-term illness with a variable course. Some of the symptoms may include mania, an excessively elevated, expansive, and irritable mood; increased libido; decreased need for sleep; rapid speech; racing thoughts; increased activity and agitation; occasional delusions. It may also include periods of depression and other symptoms such as excessive guilt; anhedonia (absence of pleasure); or thoughts of death.

Bipolar Disorder can be Debilitating

The American Psychiatric Association defines bipolar disorder as the occurrence of one or more manic or mixed episodes, often accompanied by depressive episodes . There are different classifications and levels of severity for the disease, but bipolar disorder can be debilitating and isolating. And, unfortunately, even appropriate medication can cause side effects and potentially alter one’s personality. There has been a lot of research done on the effect of diet and vitamins on bipolar disorder, but is there a natural cure for bipolar?

Vitamin B 12 and Folic Acid

It has been widely accepted in the medical community that adequate vitamin B 12 and folic acid supplementation can help combat depression. Vitamin B 12 deficiency can even cause mania, since folic acid and vitamin B 12 assist in manufacturing serotonin, which regulates one’s mood. Other studies suggest that supplementation with Vitamin C, L-tryptophan (an amino acid that produces serotonin), Choline (increases acetylcholine levels for brain cognition) and Phenylalanine (an amino acid with an antidepressant effect) is helpful in regulating the disorder’s symptoms.

But, the biggest bipolar natural treatment breakthrough has been the discovery that an increased intake in omega 3 fatty acids, and decreased intake in trace minerals, allow some bipolar patients to significantly decrease or stop taking medication. People with depression have lower blood levels of omega 3 fatty acids and less membrane fluidity, especially in the brain with serotonin transmission.

A double blind study with omega 3 fatty acid supplementation for four months showed a significant difference in relapse rate and response compared to the placebo group. Studies have also shown high levels of trace mineral vanadium in bipolar patients and an increase in mania symptoms with calcium supplementation . Although some trace elements are necessary, certain nutritionists are advocating a diet low in trace minerals and high in fish (omega 3 fatty acids) for bipolar patients.

This promising research has led to more studies and to the development of nutritional supplements packed with amino acids and omega 3 fatty acids. Accounts of bipolar patients who have changed their diets accordingly, added the proper supplementation, and have reduced their medication are popping up all over the internet. There may have always been a natural cure for bi-polar disorder, but these discoveries may not only change our perception of treatment strategies but change the lives of 5.7 million bipolar Americans, and millions more worldwide.