You are here: Home / Bipolar Disorder / Britney Spears is Suffering from Bipolar and Schizophrenia, Or So PETA Thinks… 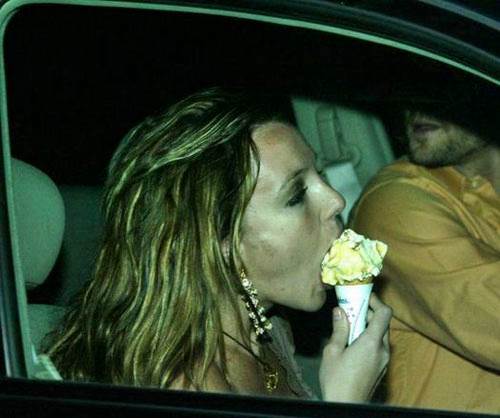 Another outsider has offered up public advice to ailing pop star Britney Spears; this time it was animal rights group PETA. The group believes that Britney’s eating habits are contributing to her erratic behavior – speculated to either be bipolar disorder or schizophrenia.

Their statement touched on three specific points which left me wondering if there is in fact evidence to show that:

a) many people with bipolar disorder have dairy sensitivities

b) parasites from meat can lead to schizophrenia, and

c) diet, in general, can have such an effect on mental health that it causes a disorder.

The Dairy Connection to Bipolar Disorder 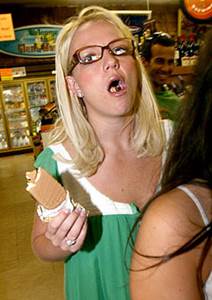 While I could not find any specific information related to dairy sensitivity in those with bipolar disorder, allergies – not even specifically food-related – are indeed suspected contributors of the condition. Like wheat sensitivity, dairy is another food that does not always lead to obvious allergic symptoms – the reaction may more closely resemble lactose intolerance, a problem that is easy to ignore when it does not cause serious consequences. Still, seeing photographs of Britney Spears eating ice cream certainly doesn’t mean this is the connection to her problems, nor was it enough evidence for PETA to make such a claim.

Parasites can lead to Schizophrenia?

It’s true; one specific parasite infection has been linked to the development of schizophrenia. Toxoplasma gondii, which comes from cat feces, can increase a child’s risk of developing schizophrenia later in life if the mother is exposed to the parasite during pregnancy.

What does this have to do with meat, you ask?

Just as many other cases of parasitic infection occur, meat – and vegetables too – can be exposed to feces during production or preparation, and seeing as how common household pet cats are, the possible points of exposure are great. In 2000, it was reported that 400 to 4,000 cases of infection with T. gondii occur in the United States each year, half of which are related to ingesting undercooked meat. Taking preventative measures and buying from local, organic farmers can drastically decrease the risk of ingesting meat infected with T. gondii.

There is strong evidence, from first-hand accounts and scientific studies, to show that diet plays a role in one’s mood. Diet can also inhibit or improve the effectiveness of mental health treatment. Furthermore, there is evidence to show that people following western diets, which are high in carbohydrates and saturated fats, and low in essential nutrients, are more prone to mental illness. PETA certainly got one thing right when they advised Britney to reevaluate her diet: “While switching to a vegan diet might very well benefit Britney’s mental health, it would undoubtedly benefit her physical health.”

That’s a lesson we can all learn.