You are here: Home / Ancient Herbs / Licorice: From Candy to Super Herb 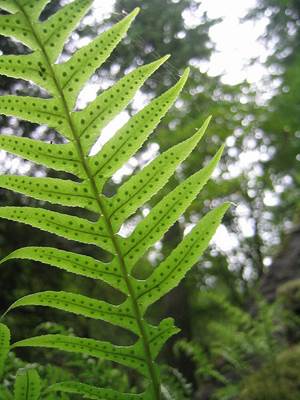 Licorice was estimated to first be used by the Egyptians in 3rd Century B.C., but it has long been a significant herb in ancient healing, with evidence found on nearly every continent that the plant was cultivated for medicinal purposes. The plant root of Licorice, Glycyrrhiza glabra, is a member of the legume family, indigenous to Europe, Asia, and the Mediterranean. The plant is perennial with blue pea-like blossoms.

An important distinction: the candy flavoring “licorice” in modern production typically contains little, if any, licorice, with the artificial flavoring coming from anise.

The licorice plant is a perennial that can grow up to between three and seven feet in height. It has an extensive root system branching out in straight pieces of fibrous and wrinkled wood. Licorice’s cylindrical round roots grow underground in a horizontal direction and are brown on the outside while being yellow inside. It is from these roots that Licorice supplements are made.

Through the centuries, licorice has been commonly used to fight respiratory infection. Glycyrrhizin, a substance 30 to 60 times sweeter than sugar, is the plant’s active component that many consider to be as effective as codeine for treating the common cold. The herb’s mucilage content, when diluted in liquid, is also effective in soothing irritated mucous membranes. Topically, licorice extracts are on par with hydrocortisone creams for counteracting inflammation, but the natural remedy does so without the negative side effects associated with the chemical cream.

Research has proven licorice to be an effective ulcer treatment; according to the People’s Pharmacy, it prevents the secretion of gastric acid, reduces the activity of pepsin, and inhibits enzymes that dismantle prostaglandins. This leads to higher levels of prostaglandins in the stomach and upper intestine, allowing ulcers to heal more quickly. Additionally, licorice possesses several compounds that work as monoamine oxidase (MAO) inhibitors, which serve as antidepressants. It is also said to support the digestive system, but the most (potentially) exciting benefit is still under research.

A novel molecule extracted from licorice root has the ability to stop some cancers dead in their tracks, according to a collaborative research study conducted at Rutgers, The State University of New Jersey. Mohamed Rafi, assistant professor in the department of food science at Rutgers’ Cook College, discovered the new molecule, ß-hydroxy-DHP (BHP), in common dietary supplements made from licorice root, a natural remedy with curative powers recognized for millennia. Rafi tested the compound in the laboratory on tissues taken from prostate and breast cancer tumors…Prostate and breast cancers are the leading cancers affecting men and women respectively, according to the national Centers for Disease Control and Prevention.

While this latest breakthrough in licorice science will require much more testing, the tried and true medicinal properties of licorice remain. The recommended dosage of the licorice root extract is 200 milligrams and 50 milligrams of glycyrrhizinic acid. Studies have found licorice to be safe for everyday use, but, as with all things, moderation is the key here too.