You are here: Home / DIET / Why Are Parents Evil Enough to Feed Their Children Garbage? 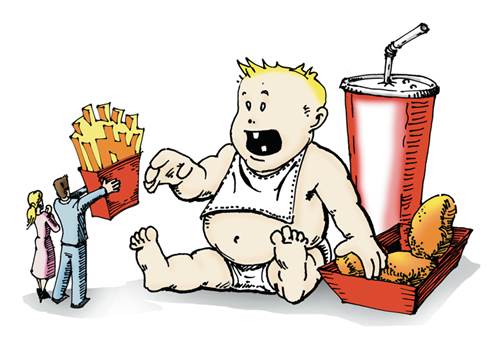 Not too long ago, I was on the bus and I saw this mother literally shoving a tube of liquid candy down the throat of her overweight 4 year-old. It was unbelievable. As I sat and watched, I thought about how angry I was at the mother for poisoning her child with nutrition-less, sugar-loaded food. And for the child, I felt sorrow and sadness because she had no idea about what’s she was eating and no idea of the dangers associated with that kind of food.

When are the parents of this country going to wake up? When are they going to connect the dots and see the simple cause and effect relationship of the deleterious impact of the food they are feeding their children and the diseases that are following.

Why have parents forgotten about the fresh fruits and vegetables and opted for the snicker bars, ice creams, and sugar cookies to feed their children? We see it all the time; when a child cries out, we offer them a “treat” in an attempt to appease them. And what’s that “treat”? It’s a cookie or piece of candy most of the times.

The facts are overwhelming:

If anyone, even for a moment, thinks that the above observation is going overboard, please take a look at the facts garnered by various scientific studies over the years:

Childhood Obesity Running Out of Control 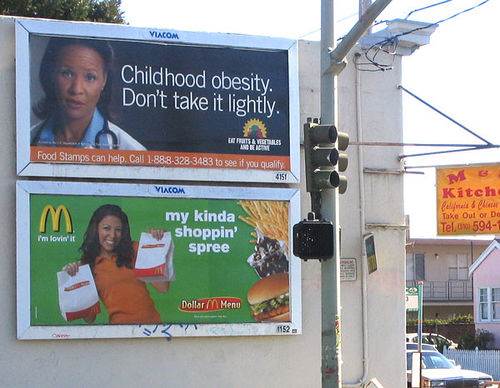 No wonder then that our nation is going through an obesity epidemic. No wonder why over half of our population is overweight. And no wonder why cardiovascular diseases kill a million people per year in America.

Sure, genetics do have an impact, but what we put in our bodies plays an even larger role. And our parents are doing a lousy, filthy, and rotten job when it comes to providing proper nutrition and health education to our children.

Do we HONESTLY think that this garbage is good for our children? If so, what world are you living in?