You are here: Home / DIET / Is Meat Really Nutritious or Does it Make You Sick? 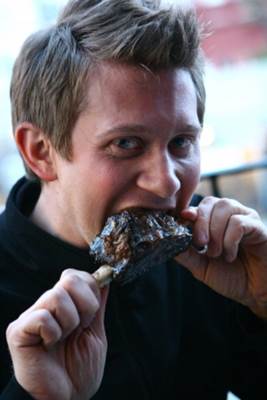 Nothing will benefit human health and increase chances for survival of life on earth as much as the evolution to a vegetarian diet.
Albert Einstein

Is Meat Good for You OR is Eating Meat Bad?

The facts supporting vegetarianism are overwhelming. Some health authorities feel that one day, humankind will wake up and will look back in horror at their own carnivorous and murderous habits. Animal eating is considered just one step below cannibalism.

Even milk is under the scanner:

Contrary to popular beliefs, pasteurized milk, like meat, drains the body of alkaline and electrolyte minerals. Milk that has been cooked (pasteurized) takes more calcium to digest than it gives back!

Recognize meat for what it really is: The antibiotic – and pesticide – laden corpse of a tortured animal. – Ingrid Newkirk, National Director of People for the Ethical Treatment of Animals